Deals of the day-Mergers and acquisitions

July 10 The following bids, mergers, acquisitions and disposals were reported by 2000 GMT on Friday:

MONTREAL, July 10 Cirque du Soleil and its secured creditors are close to reaching a agreement on a second stalking horse bid for the financially strapped entertainment group, after lenders opposed a deal with shareholders including TPG Capital and Fosun International, a Canadian court heard on Friday.

Bankers consider in excess of €10bn debt for potential sales

LONDON, July 10 (LPC) - At least €10bn of leveraged buyout financing is in the pipeline as European event-driven activity builds, with sellers preparing to launch new sale processes or dusting off deals that were put on hold when the Covid-19 pandemic hit the markets.

LONDON, July 10 Investor Standard Life Aberdeen said on Friday it had sold its shares in fashion retailer Boohoo, describing the company's response to allegations of worker abuse at supplier factories as "inadequate".

LONDON, July 10 Investor Standard Life Aberdeen said on Friday it had sold its shares in fashion retailer Boohoo, describing the company's response to allegations of worker abuse at supplier factories as "inadequate".

MOSCOW, July 10 AliExpress Russia, an e-commerce venture between Chinese online shopping giant Alibaba and Russian partners, said it was aiming for annual turnover of $10 billion by 2022-2023, up from what analysts estimate is about $6 billion now.

LONDON, July 10 Britain's financial sector is proposing the repackaging of some 35 billion pounds ($44 billion) of state-backed coronavirus corporate relief loans to ensure taxpayers do not foot the bill.

FOCUS-Pandemic-proofing: Insurance may never be the same again

* Many business interruption policies did not pay out for COVID

LONDON, July 10 Britain will set out its position on the European Union coronavirus vaccine scheme later on Friday, a spokesman for Prime Minister Boris Johnson said, adding any decision would be based on what is deemed to be in the country's interests. 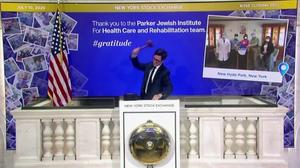 BRUSSELS Google may be able to stave off a full-scale EU antitrust investigation into its planned $2.1 billion bid for Fitbit by pledging not to use Fitbit's health data to help it target ads, people familiar with the matter said. | Video

NEW DELHI The medium-term outlook for the Indian economy remains uncertain with supply chains and demand yet to be restored fully while the trajectory of the coronavirus spread and the length of its impact remain unknown, Reserve Bank of India Governor Shaktikanta Das said on Saturday.