Police break up farmers' march on Delhi over market reforms 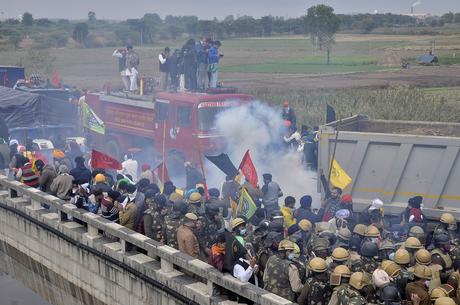 MUMBAI Indian police on Thursday used water cannons and tear gas shells to disperse thousands of farmers marching towards New Delhi in a protest against legislation they fear would end price support for their produce, officials said.

New Delhi's poisonous air a perennial crisis of its own making

NEW DELHI Thousands of families who live near a smouldering waste landfill in a northern corner of India's capital have boarded up their doors and windows because they say the air outside is so toxic that they would be coughing all day.

MUMBAI India recorded 44,489 new coronavirus infections, data from the health ministry showed on Thursday, the 19th straight day that single-day cases have stayed below the 50,000 mark.

BUENOS AIRES Argentines lined up in the streets of Buenos Aires on Thursday to say goodbye to soccer great Diego Maradona, whose casket lay in state at the Casa Rosada presidential palace draped in an Argentine flag and his famous no. 10 shirt. | Video

LONDON More than 20 million people across large swathes of England will be forced to live under the toughest category of COVID-19 restrictions when a national lockdown ends on Dec. 2, while London was placed in the "high alert" second-toughest tier.

ISTANBUL/ROME Women around the world on Wednesday marked International Day for the Elimination of Violence Against Women, highlighting how lockdowns due to the pandemic had left many trapped with their abusers and exposed to greater danger. | Video

SYDNEY India captain Virat Kohli said he was kept in the dark about deputy Rohit Sharma's hamstring injury and believes the opener should have travelled to Australia to boost his chances of playing the test series against Tim Paine's men.

Out of quarantine and into the fray, India tour gets underway

SYDNEY The plans for India's tour of Australia have been ripped up and redrawn dozens of times over the last eight months but the action finally gets underway with the first one-day international at the Sydney Cricket Ground on Friday.

KOLKATA Indian football fans gathered in Kolkata on Thursday to mourn the death of Argentine football legend Diego Maradona, whose mesmerizing performance and feats in the 1986 World Cup divided fan loyalties in the city. 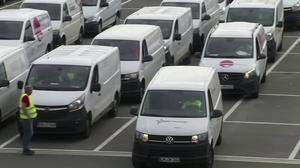