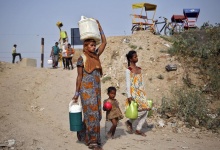 In his first year in power, PM Narendra Modi has brought in banking for the poor, set up campaigns to improve sanitation and curb the abortion of female foetuses - but slashed funds for education, health, women and children. In a report focusing on policies affecting the poor and marginalised - charities gave a mixed verdict on Modi's NDA coalition, which took office exactly one year ago.  Full Article 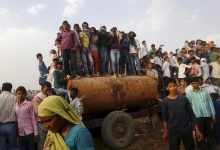 Prime Minister Narendra Modi told thousands of supporters his government was devoted to the poor, directly tackling criticism he has governed for the rich and failed farmers in his first year in office. On the eve of the government's first anniversary Modi travelled to a region hard hit by crop losses and bad weather to counter opposition jibes that he is losing support of rural areas.  Read | Pictures from Mathura rally 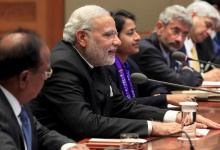 Narendra Modi, reforms and the markets

PM Narendra Modi completes one year in office amid hopes from markets and investors that he will push the pedal harder on reforms. The government is on course to deliver on structural reforms, although the impact on the ground will only show over the medium term. It has managed to improve cyclical parameters, but corporate earnings continue to be weak and investment is yet to pick up.  Column 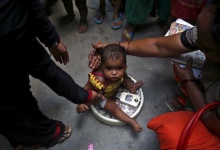 As PM Narendra Modi completes one year in office, his cuts in central welfare spending on the poorest of India's 1.25 billion people are coming in for sharp criticism, including from within his cabinet. Modi has saved money on central social and subsidy expenditure and pumped it into an infrastructure stimulus he hopes will trigger a spurt in growth.  Read | What Maneka Gandhi told FM about welfare cuts 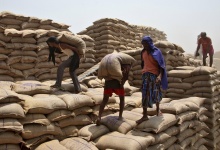 Just one year after taking office, Narendra Modi is facing a challenge that could come to haunt him - the farm sector is in deep trouble, and he is being blamed for not doing enough. Modi romped to power last year by the biggest margin any prime minister has got in three decades. But the rural crisis has dented his popularity and opposition is finding new vigour in his discomfort.  Full Article 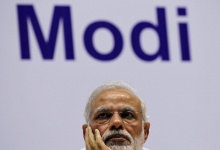 A surprise delay to India's new goods and services tax (GST) marks one of the most painful setbacks suffered by PM Narendra Modi's government in its first year in power. The introduction of the GST, which would replace a patchwork of levies by the central and state governments, would constitute India's biggest tax reform since independence.  Full Article

Faces from the coronavirus frontlines null